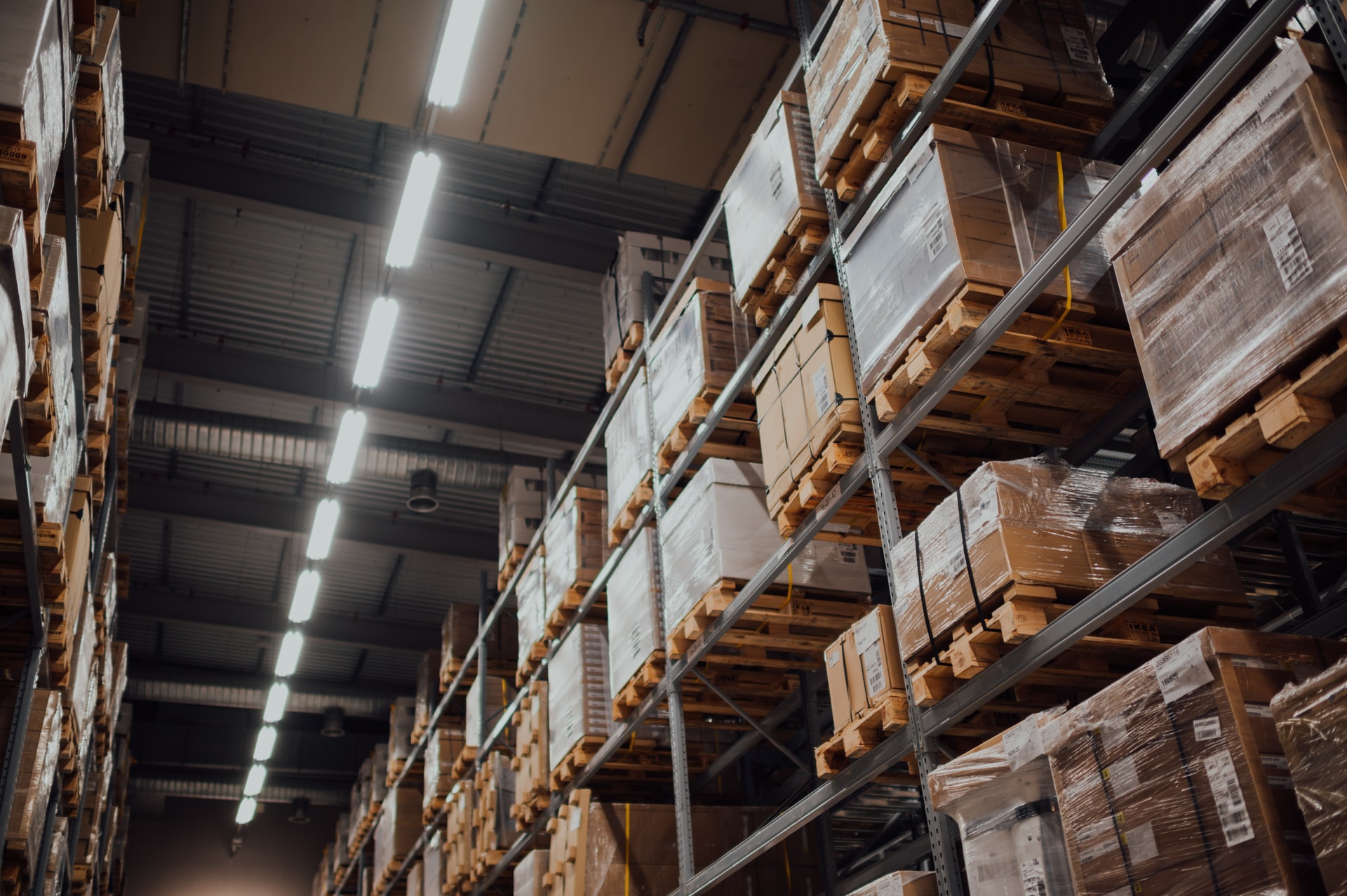 By McAlinden Research PartnersMay 3, 2022No Comments

Amazon’s recent earnings miss sent the company’s shares tumbling by more than 10% and spawned a wave of fear that swept across the beleaguered ecommerce space. eCommerce volumes had already been declining as a share of retail sales for some time, but retail sales as a whole are now showing signs of slowing amid a weakening macro backdrop.

One of the major drags on Amazon’s profitability was overinvestment in warehousing and other industrial spaces. Industrial REITs soared during the pandemic, capitalizing on supply chain mayhem and booming ecommerce demand. As a result, heaping investment into new warehouse and distribution center capacity will make up more than a third of all US commercial construction this year. While inventories remain packed for now, a slowdown in retail sales and the potential for recession could prove the buildout of new facilities to be overcooked.

Amazon Inc.’s earnings miss last week included its first quarterly loss since 2015 and may be a warning shot across the entire ecommerce industry.

Perhaps worse than the loss itself, The Guardian notes Amazon’s revenue growth recorded its slowest expansion in nearly two decades, advancing by a sluggish 7%. Results from both the company’s core online retailing business and its advertising unit came in short of Wall Street estimates as sales at online stores fell -3% YoY to $51.1 billion. More losses could be ahead as the company projected second quarter operating income could decline by as much as $1 billion.

Those earnings and guidance figures have sent Amazon stock tumbling by 17% through Monday’s close and spawned a wave of fear throughout the online retail sector. Shopify, Chewy, and eBay all slipped lower on Friday, feeling the contagion of Amazon’s weak earnings.

The share of retail purchases made online dropped from 15.7% in the second quarter of 2020 to 12.9% during the last three months of 2021, according to Census Bureau data. Retail sales as a whole have been drying up in 2022, but the weakness has largely been hidden from headline numbers by inflation. For example, March retail and restaurant sales were reported to have increased by 0.5% MoM. As the Wall Street Journal notes, that figure is not adjusted for inflation and, when excluding purchases of gasoline, retail sales actually fell -0.3%.

On an adjusted basis, retail sales fell even further, declining -0.7% MoM, according to the Federal Reserve Bank of St. Louis and economist estimates. Online sales slumped further on the month, falling by -6.4%.

Shares of furniture retailer Wayfair slipped more than 8% in the wake of Amazon’s earnings last Friday and remain down more than 55% YTD. Wayfair previously warned that it was expecting a continued slowdown in the…