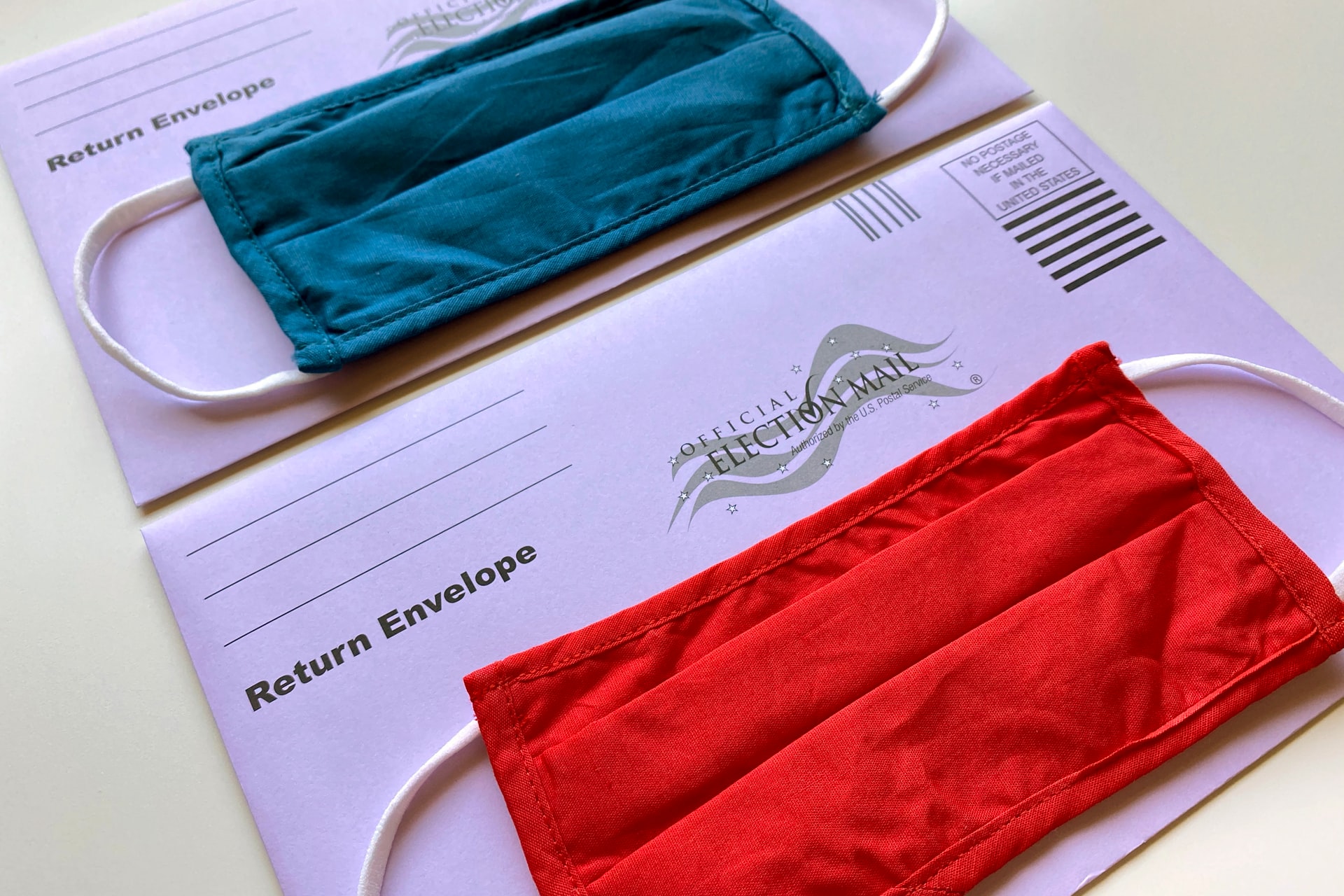 With election day less than a week away, we dive into polling, contributions, and alternative data to generate a final analysis of where President Trump and former VP Biden stand in a close race for the White House, as well as how each candidate’s economic policies could define its outcome and aftermath. Stimulus is the name of the game for each candidate and one of the most heavily weighted variables in market forecasts from the major investment banks. While fiscal stimulus is a critical piece of the recovery, ongoing monetary stimulus remains largely in the hands of Fed Chair Jay Powell, a man who will be in Washington no matter who comes out on top in the Presidential election.

The 2020 election season has been turned upside down by COVID-19’s ongoing spread across the world. While we certainly have a better handle on the situation than we did in the early days of the pandemic, the virus and its external effects on the economy and public well-being are undoubtedly going to affect the outcome of the Presidential and Senatorial elections.

Concerns about immigration and foreign affairs have fallen to the wayside for many, supplanted by the handling of COVID and healthcare policy as fixtures at the top of voters’ list of considerations.

One issue that has persisted as high priority for Americans: the economy. And while the relative merits of Bidenomics vs Trumponomics are debated by pundits, a very powerful force continues to underpin capital market prices: hyper-easy monetary policy.

According to a September poll from Gallup, economic policy is the number one issue for most voters. Almost nine in 10 registered voters consider the presidential candidates’ positions on the economy “extremely” (44%) or “very” (45%) important to their vote.

Though most polls have ranked Trump ahead of Biden on the economy, that balance has begun to shift in recent months, eroding one of the few leads Trump was able to maintain in polling data. The candidates do have diametrically opposed policies on taxation, foreign trade, and other facets of policy, but their viewpoint toward fiscal expenditure on COVID is actually very similar.

Biden currently backs the House Democrats’ $3.4 trillion HEROES Act as the next round of stimulus. Trump’s White House had made their own offer of $1.8 trillion, defying the Senate GOP’s low-ball $500 billion offer, but the President has said he’d actually prefer an even bigger round of stimulus than the HEROES Act.

Because of Democrats’ stimulus plans, the rising likelihood of a Biden win, along with a flipping of the senate from red to blue, had correlated with a rising stock market, prior to the latest surge in COVID cases.

According to FiveThirtyEight, Biden is now leading nationally by a polling average of more than 9%. Though his lead in several swing states has begun to narrow in recent weeks, time is running out for Trump and the election data aggregator pegs Biden’s current chances of winning at 87%.

Though those certainly seem like overwhelming odds, there are some lessons to be learned from 2016. Perhaps the first one we should all remember is that you’ll never know how accurate the polls were until after the election is already settled.

In this report, we present a final look at where each candidate stands on economic policy, the role that monetary policy will play, what stage of the recovery America is in, as well as a breakdown of non-polling data that may present a more in-depth view of the 2020 race that has entered its final days.

Nomura’s Singapore-based currency team recently found that surveyed institutional investors would expect a 2.3% bump in the S&P 500 in the first 24 hours after a Trump victory and GOP Senate majority. Meanwhile, a Biden win with a Dem Senate Majority would spark a -0.6% drop.

That’s not so bad, considering Biden has promised his administration would raise corporate and capital gains tax rates, as well as income tax rates on at least some tax brackets. According to Zion Research Group, the measures in Biden’s plan for corporate taxes would lower earnings at companies in the S&P 500 by more than 10%.

While that explains the slightly negative expectations in the immediate aftermath of the election if he takes the Oval Office, those concerns have been superseded by the longer-term potential for generous stimulus packages, as well as higher fiscal spending on infrastructure and healthcare in over the course of Biden’s term.

Oxford Economics sees Biden’s current proposals amounting to about $7 trillion of investments over the next decade across education, healthcare, child and elder care, American manufacturing and increases to Social Security. Penn Wharton’s Budget Model is a bit more conservative, but still calculates Biden’s proposed stimulus at some $5.4 trillion in new spending over the next 10 years.

Most of this would depend on a “blue wave” outcome sweeping away the Republicans’ Senate majority and landing Biden in the White House. Goldman Sachs is one investment bank projecting such an outcome, estimating an immediate $2 trillion stimulus package after the election.

If no stimulus is passed before Biden would be set to take office in January of next year, $2 trillion might become more of a conservative estimate for a Democrat-controlled government. Goldman would also expect a Biden administration to ease tariffs on China and eliminate the threat of such policies against Europe.

Last month, we highlighted drawn out stimulus talks that seemed to be going nowhere fast. Today, the talks remain stalled with the White House making a middle ground of $1.8 trillion as a part II to the $2.2 trillion CARES act. Senator Mitch McConnell (R-KY) and other GOP senators remain entrenched at just $500 billion worth of stimulus, but could be subject to negotiation if Treasury Secretary Steven Mnuchin managed to come to an agreement with House Democrats.

Although the Administration’s plan has been backed by at least 20 House Democrats, a large faction of the party, including the Speaker of the House, Nancy Pelosi (D-CA), remain entrenched at an offer of $2.2 trillion. That is a huge markdown, however, from their initial ask of $3.4 trillion in the aforementioned HEROES Act.

As it stands, there are 3 deals on the table from different factions and none of them have been moved from their own bill. With the Senate now in recess util November 9, no additional relief will be passed before the election.

Moody’s Analytics projects that a Democratic sweep could create 18.6 million jobs, 7.4 million more than a Republican regime. That jobs boost would propel the economy to full employment during the second half of 2020, nearly two years earlier than the ratings agency projected for a Trump-led administration.

Overall, money managers have been increasingly optimistic as Biden has continued to expand his polling lead. Bank of America notes that their October Global Fund Manager Survey shows a continued reduction in cash levels, which fell to 4.4% on the month, down 1.5 percentage points from 6 months ago – the fastest decline since 2003. Additionally, funds have boosted their equity exposure, as a net 27% of survey participants are overweight stocks.

Along with their optimistic projections for a Biden victory, those working in the financial industry lean heavily toward Biden with their donations, spending more than $74 million to back his candidacy, per data from the Center for Responsive Politics. By comparison, Trump has raised about $18 million worth of financial industry backing. CNBC reports that the “Biden Action” fund saw large contributions from leaders at Blackstone, JPMorgan Chase, The Carlyle Group and Kohlberg Kravis & Roberts, and other large firms.

Biden has leveraged this advantage to out-fundraise Trump for most of the last year. Entering October, Biden’s campaign committee has $177 million in the bank, compared with Trump’s $63 million. However, it is important to remember that gross funds do not tell the whole story – especially when you consider Clinton was defeated after almost doubling Trump’s fundraising in 2016…