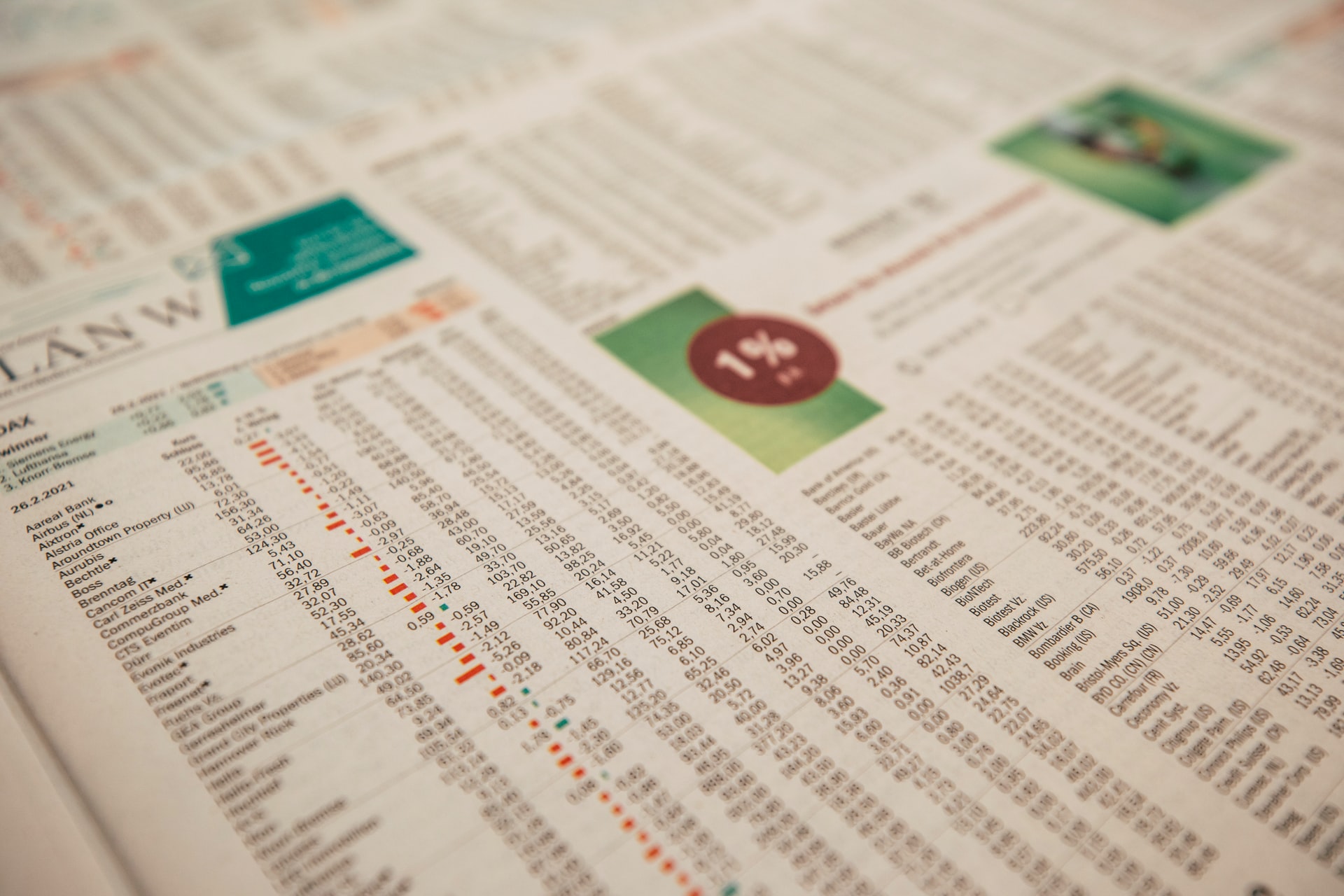 Despite virtually all measures of inflation showing signs of a continued surge higher, and most of the latest data surpassing economists’ expectations, many monetary policymakers remain dedicated to the assertion that rising price pressures will ultimately prove “transient”. There has been some breaking from the ranks over the last month, but Fed Chairman Jay Powell has yet to give an inch on his ultra-dovish stance. While Powell is likely trying to avoid creating uncertainty in the market, many are already beginning to look beyond the Fed’s words and prepare for a seemingly inevitable change of plans when this stream of sizable inflation prints can no longer be ignored.

For years prior to the COVID-19 pandemic, the US Federal Reserve had been saying inflation was too low.  Despite a relatively low target rate of just 2%, price increases continually came in far lower than desired. Between the beginning of 2013 and the end of 2017, the core personal consumption expenditures (PCE) index, which serves as the Fed’s preferred measure of inflation, did not reach 2% even once. Despite that, the bank warned of rising inflation and continued on with their tightening regime that began in 2015.

Now, amid a renewed surge in inflation, which has pushed the Core PCE to 3.1%, well above the Fed’s average inflation target of 2.0%, central bank policymakers continue to describe the rapid rise in prices as “transitory”, steadfastly rallying behind Fed Chair Jerome Powell, proclaiming their intent to allow the economy to “run hot” with higher than targeted inflation for some undefined period. 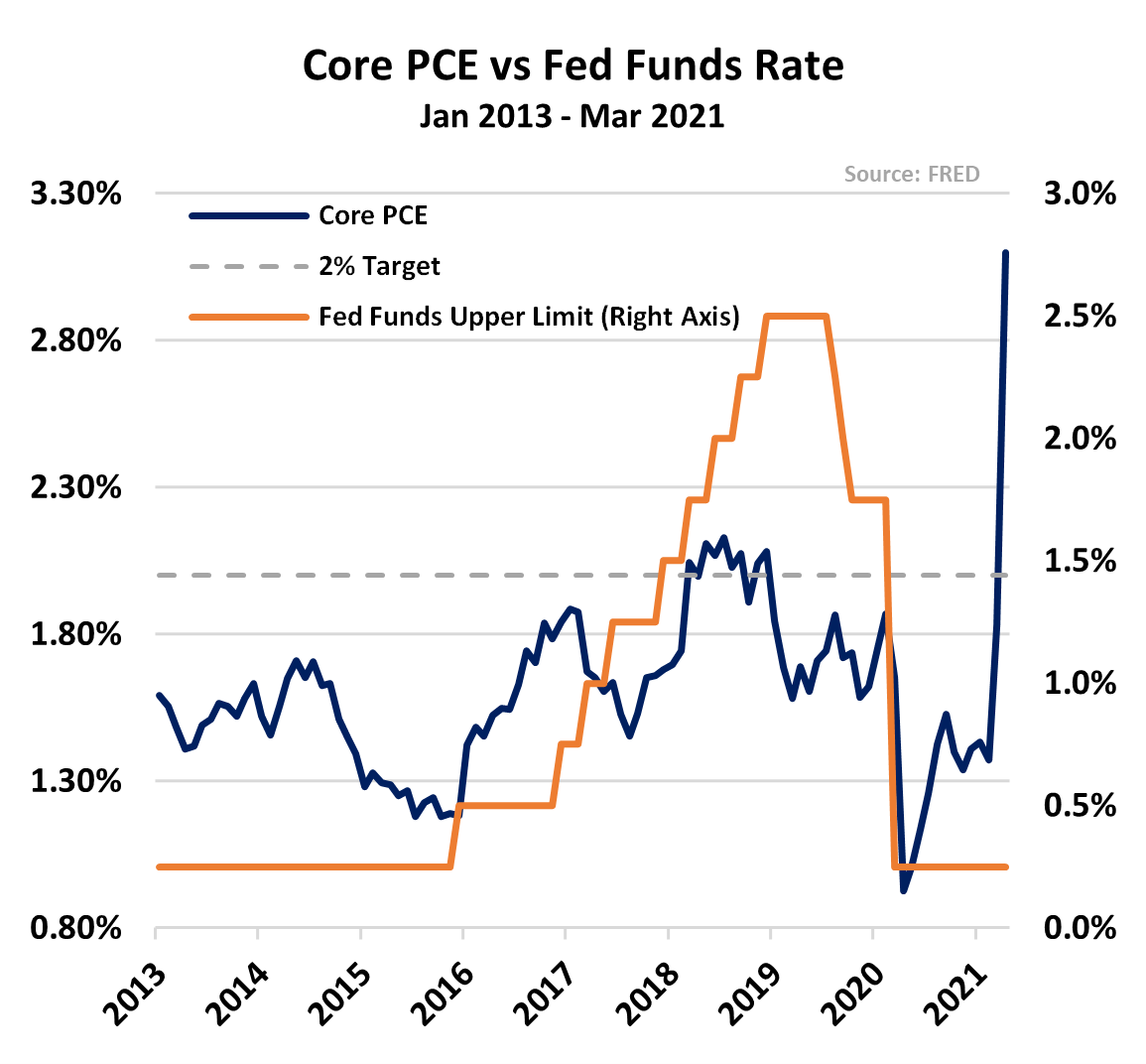 Chairman Jay, backed by most other members of the Financial Open Market Committee (FOMC), has maintained his ultra-dovish stance toward monetary policy for some time now, repeatedly stating that not enough support for the economy would be decisively worse than doing too much. However, by all indications, inflation prints have already entered what we would consider “hot” territory and that commitment will soon be tested. According to a recent Reuters poll, economists pegged Core PCE growth of 2.8% as the level where the central bank would begin to feel real discomfort. The poll also suggested the central bank would tolerate that rate for three months at least before it acts. 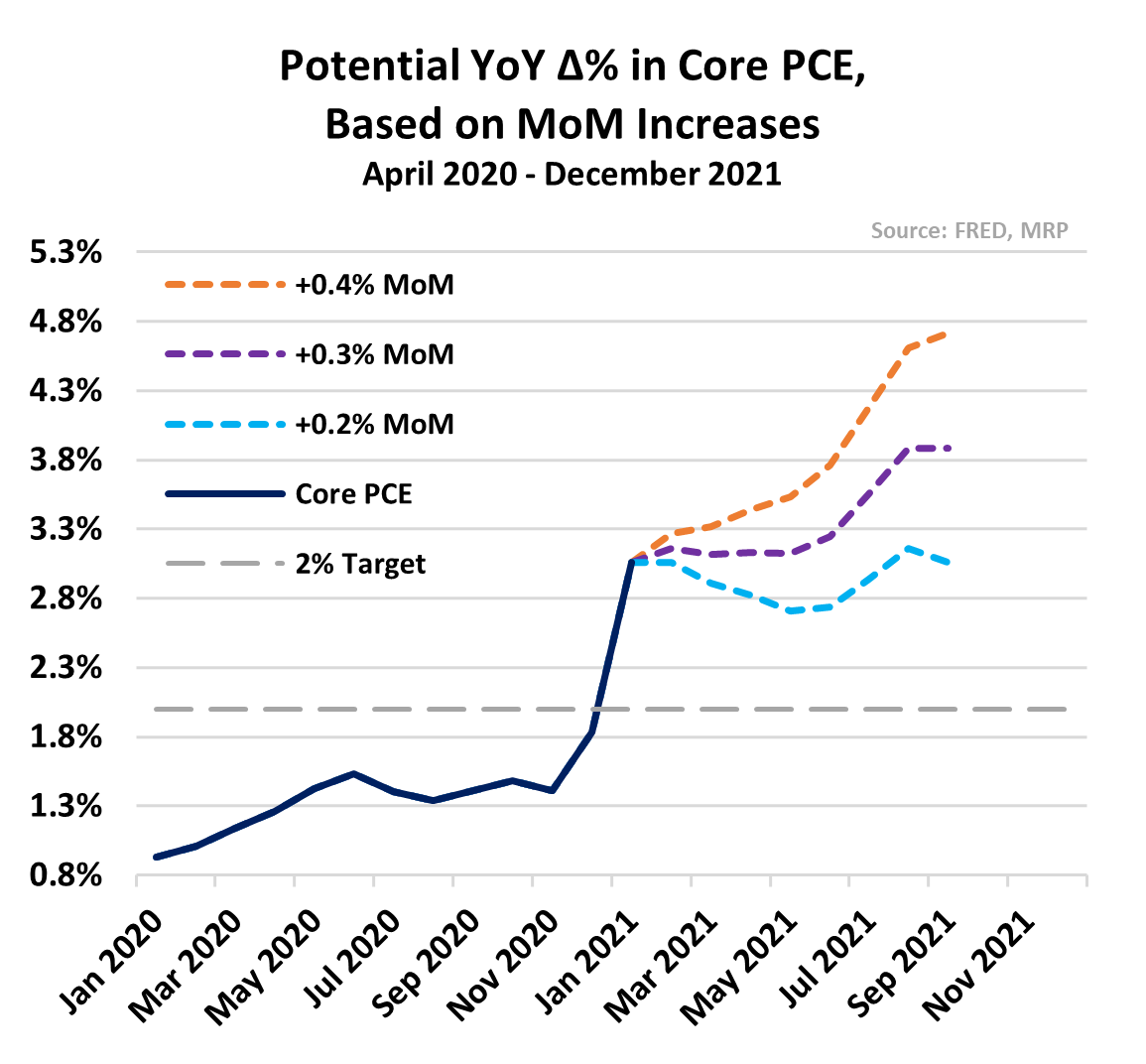 Those kinds of numbers would be a major determinant of which way the Fed would steer monetary policy over the next year, presenting a serious challenge to the dovish consensus on the FOMC.