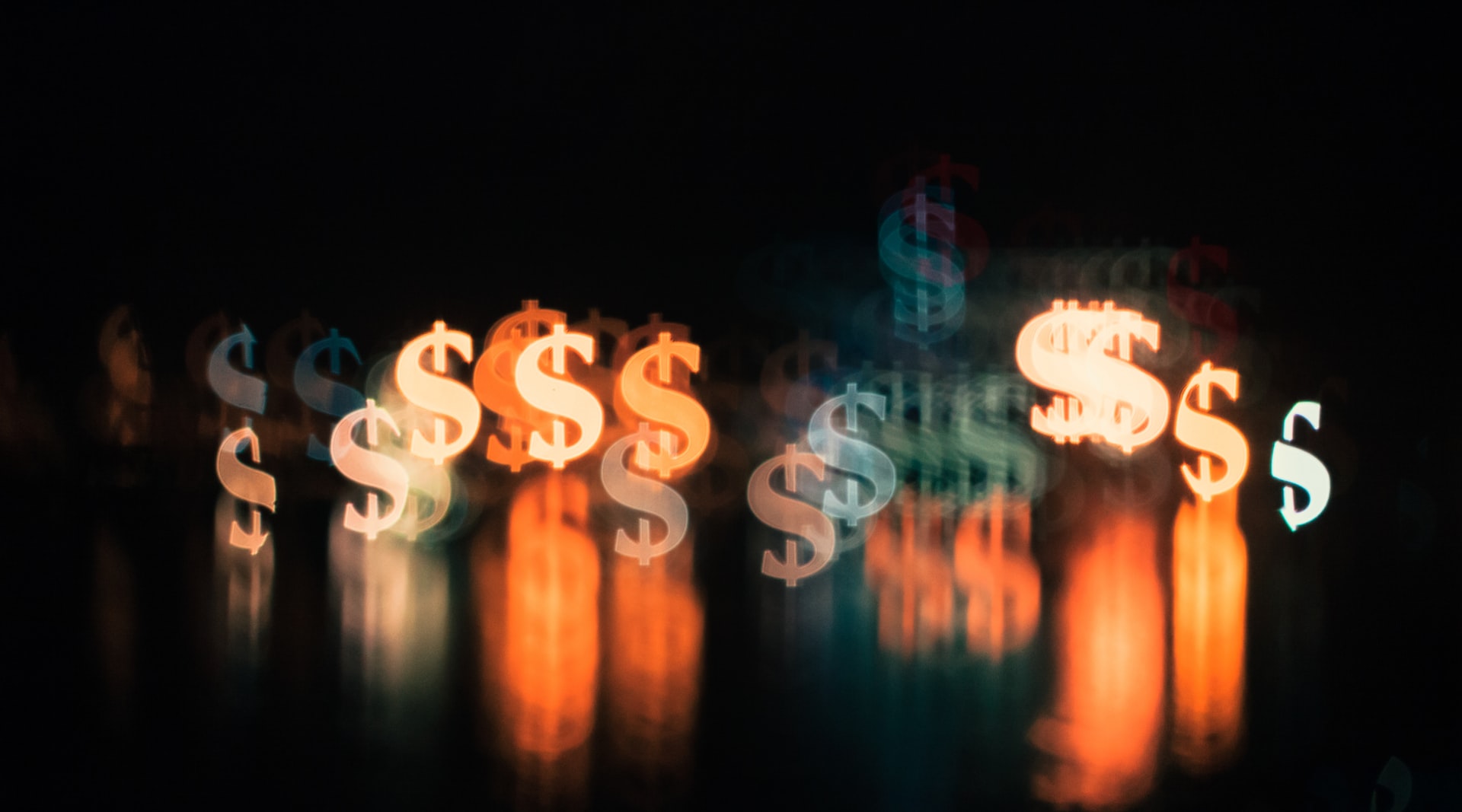 Inflation remains the hottest topic on investors’ minds. Following the passage of the latest trillion-dollar stimulus package in March, web traffic, consumer surveys, and bond market indicators all show increased concern around price pressures in the year ahead. Though the White House wasted no time in rolling out plans for a new two-part plan to spend another $3 trillion in April, Fed policymakers continue to hold their collective poker face when faced with questions regarding the ripple effect of a rapidly expanding monetary base. Some FOMC voters are even prepared to let the economy “run hot” for a whole year – or longer. While this period of fiscal and monetary policy is unique in many ways, there is certainly some historical precedent to be explored.

March web queries for “inflation” jumped to their highest level since Google Trends began tracking the data in 2004. It is particularly remarkable given that the latest inflation numbers have been relatively benign. Concerns around price pressures have been particularly pronounced in fixed-income markets where traders constantly quantify the potential for future inflation based on actual market prices. Those expectations have soared in the past two months even as government officials keep assuring us that there is no current inflation problem. 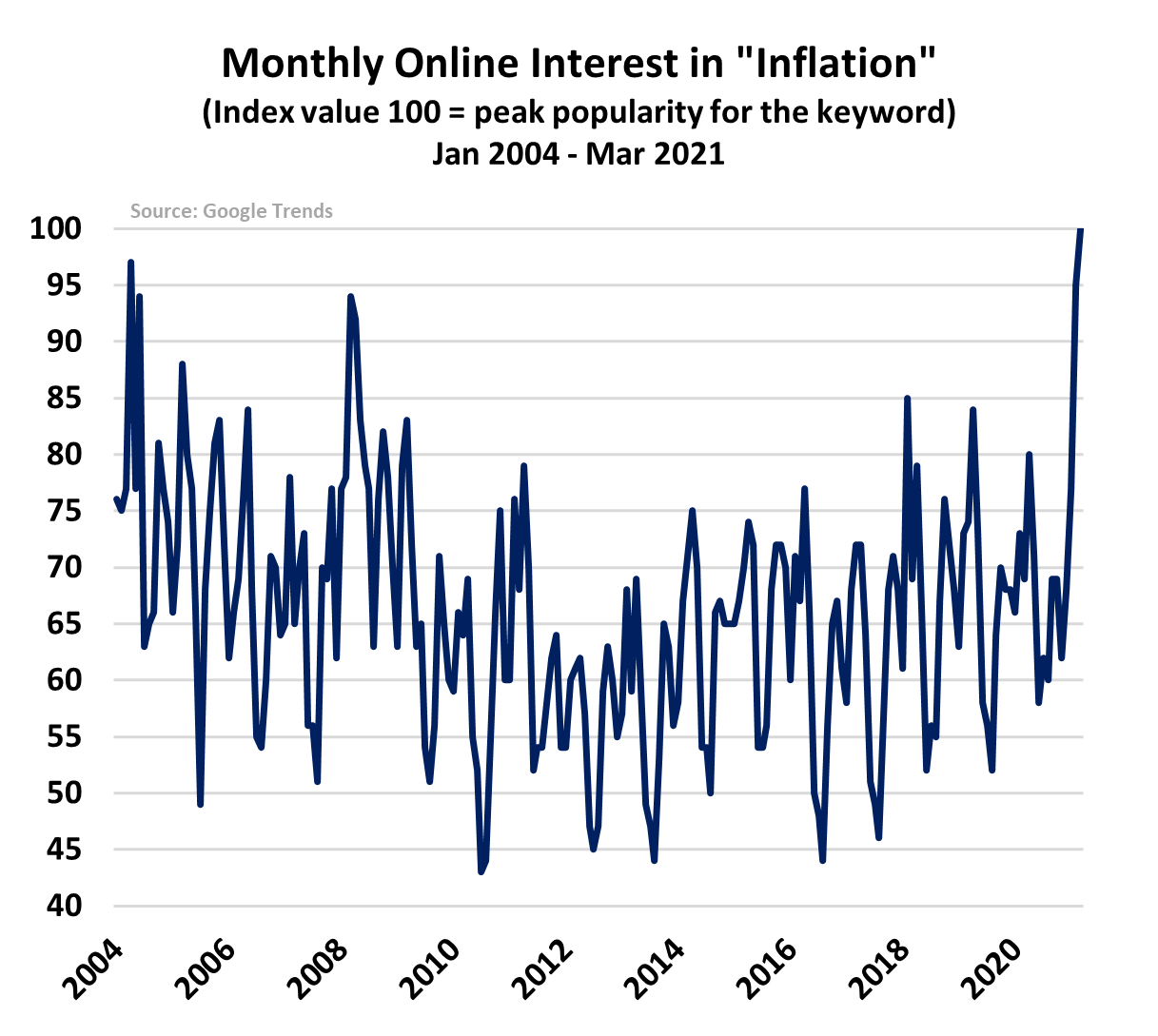 The so-called breakeven rate of inflation – the difference between the yield-to-maturity of a conventional Treasury coupon bond and that of a Treasury Inflation-Protected Security (TIPS) bond of the same maturity term – has continued its steady march higher.

Last Friday, the 10-year Treasury breakeven, equivalent to inflation expectations for the five years beginning five years from now, broke out to 2.36%, its highest level since April 2013. The five-year breakeven rate, which implies what market participants expect average inflation to be in the next 5 years, has had an even more dramatic performance, recently touching 2.59%, its strongest reading since July 2008.

MRP has been highlighting the steady, upward march of breakeven rates for the better part of a year now. All the way back in August 2020, when breakeven inflation numbers first showed signs that inflation was being priced in, we were ringing the alarm bells about seemingly endless fiscal and monetary stimulus measures – as well as the Fed’s policy shift toward “average inflation targeting”, meaning it will allow inflation to run “moderately” above the Fed’s 2% goal “for some time” before taking action on rates. 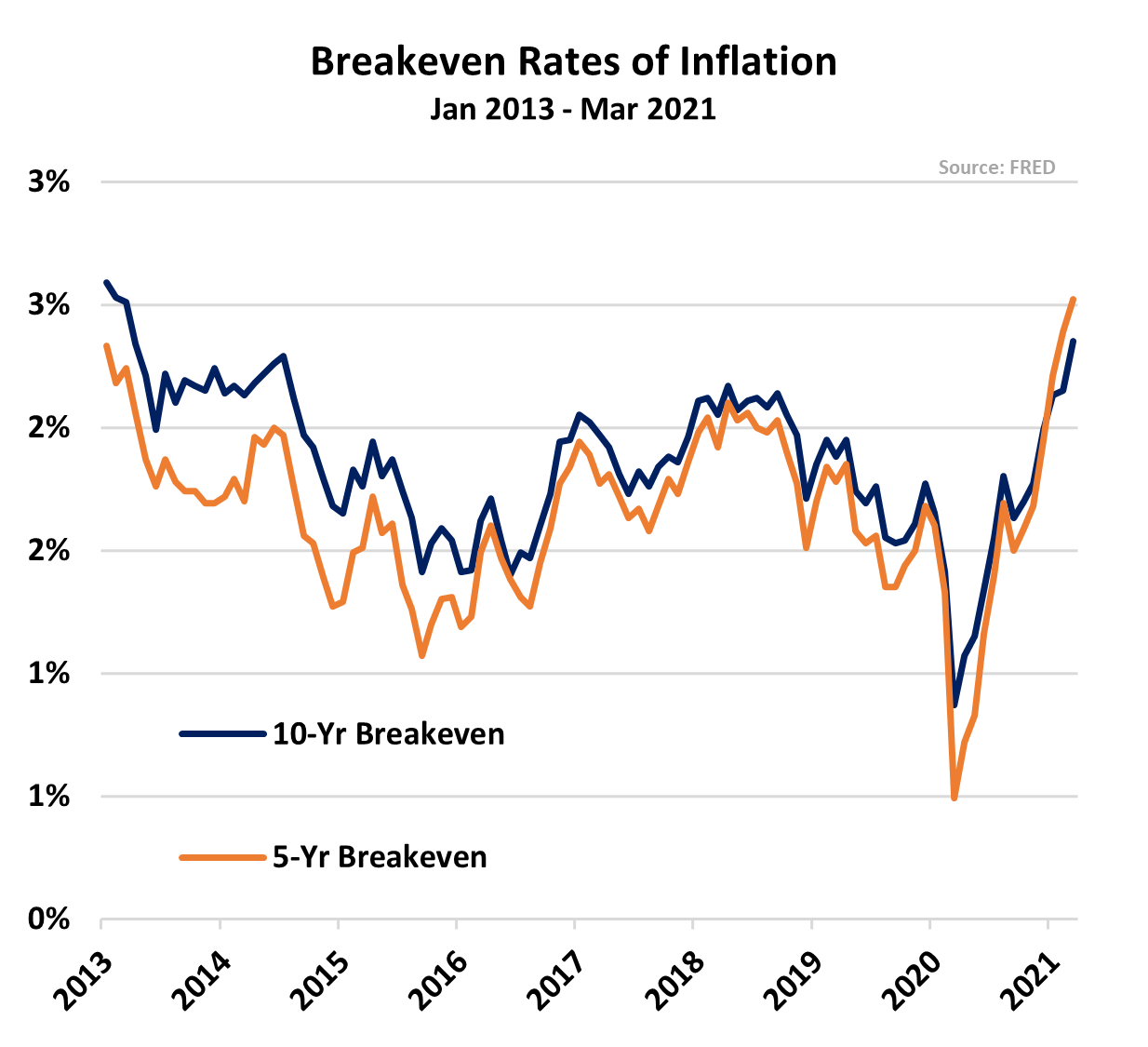 Inflation Signals Spotty, but Not Absent

Despite those rising expectations, however, the ongoing rise in the consumer price index (CPI) remains more of a gradual climb than a tidal wave. Last month’s headline CPI showed a rise of 1.7% YoY, the highest reading in a year. However, that uptick diverged from a downturn the core reading, which slipped from 1.4% to 1.3% between January and February.

A declining core CPI, which strips out volatile food and energy prices from the index, shows us that stronger inflation is only present in certain portions of the economy, and absent in others. 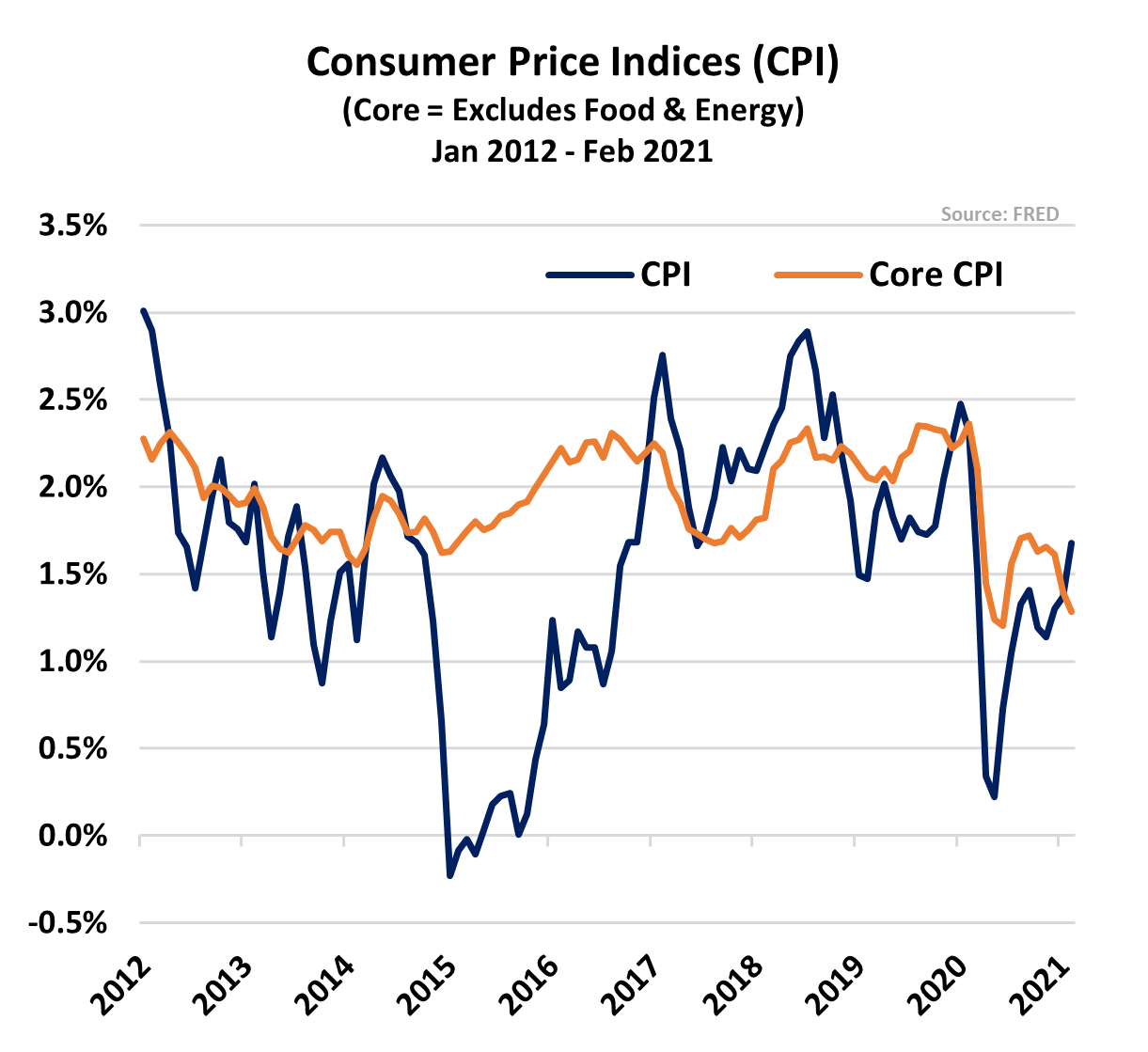 But what if the bond market is right?…