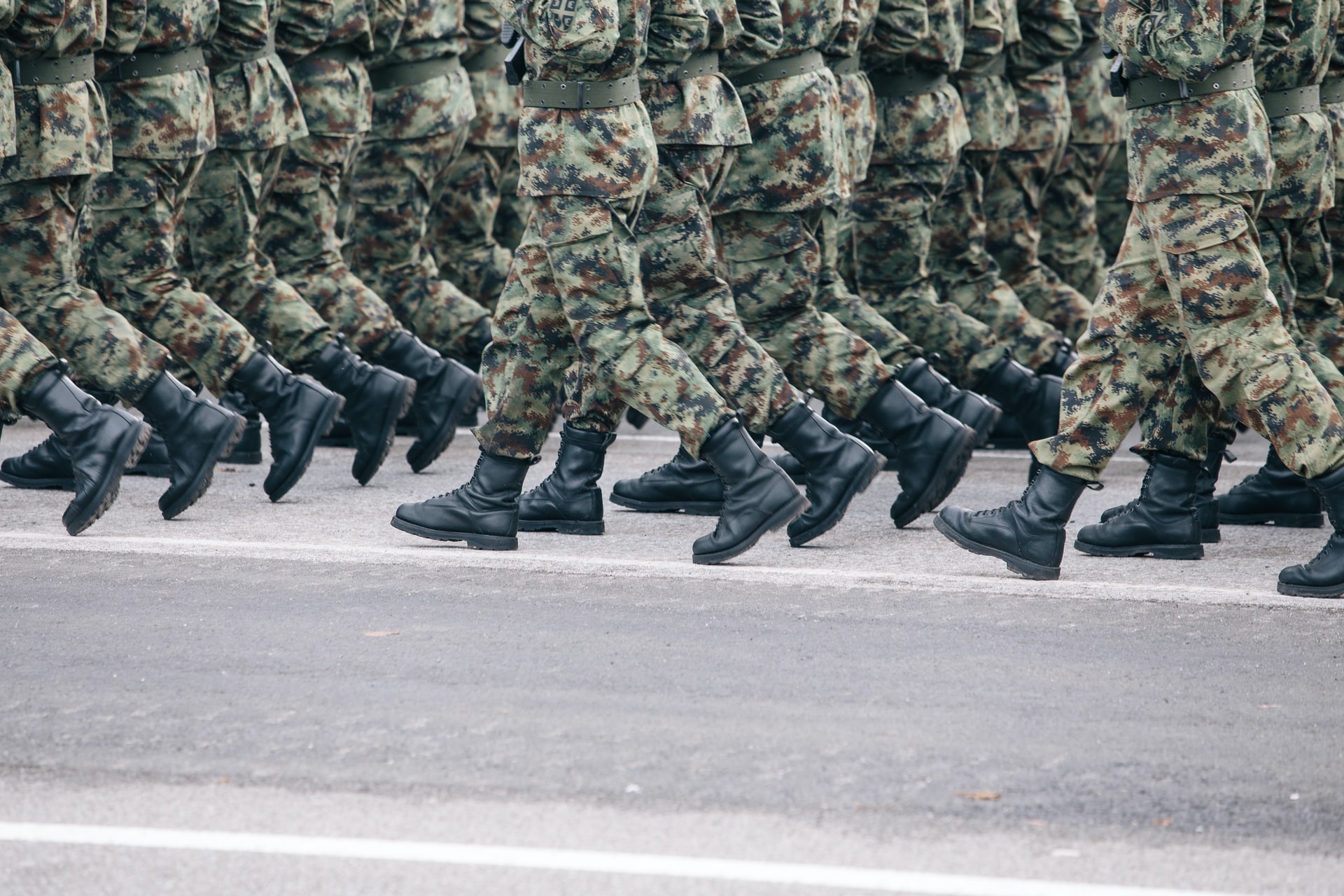 By McAlinden Research PartnersDecember 14, 2021No Comments

A renewed buildup of Russian soldiers and military equipment near the Ukrainian border has accompanied a rise in US defense spending on Eastern European interests. US intelligence believes Russian forces could be planning action in Ukraine with up to 175,000 troops in 2022.

That news comes amid strong sales and technological development across the aerospace and defense industries. The weaponization of space and rollout of hypersonic weapons promises to provide defense contractors with billions of dollars throughout the next decade. Further, new data shows arms manufacturers proved to be resistant to COVID-induced recessions in 2020 – a notable consideration with global economic growth beginning to slow down again.

US Steps Up Military Spending to Counter Russia

As MRP previously noted, the Biden administration initially proposed a fiscal 2022 Pentagon budget of $715 billion. That would have been a 1.6% increase from 2021’s $704 billion, but as the Wall Street Journal notes, it technically would have been a slight cut in the military’s spending power assuming likely inflation of more than 2%. However, this year’s National Defense Authorization Act (NDAA), the bill which ultimately authorizes topline funding for defense and national security, ended up at $768 billion.

The NDAA was just approved by the House of Representatives last week. Republicans may try to attach new amendments in the Senate, but leaders appear poised to push the bill through very soon.

As Politico writes, key provisions will authorize $4 billion for the European Deterrence Initiative to enhance cooperation with Eastern European countries, up from the $3.4 billion requested by the administration, as well as $300 million for the Ukraine Security Assistance Initiative, providing Kyiv with equipment and weapons to deter potential Russian aggression. The latter provision is $50 million above the level requested by the Pentagon, likely reflecting heightened tensions on Ukraine’s eastern border.

A Washington Post report recently claimed that US intelligence suspects the Kremlin is planning a multi-front offensive in Ukraine as soon as early next year involving up to 175,000 troops. Per NBC News, Russia has already deployed more than 90,000 troops along its border with Ukraine, matching the force that sent and withdrew in the spring. Satellite imagery and videos posted to social media appear to show Russian armored units and artillery moving to the area.

There are still several critical movements to watch for from Russia to confirm its intentions. As The Guardian writes, for Russia to go to war in Ukraine, it still needs to establish fuel supply lines, open field hospitals and deploy air-defense systems such as the Buk that would protect its heavy weaponry and troops near the front.

Some newly announced projects and agreements throughout the defense industry promise to bolster contractors’ earnings in the months and years ahead.

Finland last week agreed to buy 64 Lockheed Martin fighter jets to replace its aging fleet of combat planes in a €10 billion ($11.3 billion) deal. Per the AP, that represents the Finnish military’s largest ever purchase.

Lockheed was also selected last month, along with…