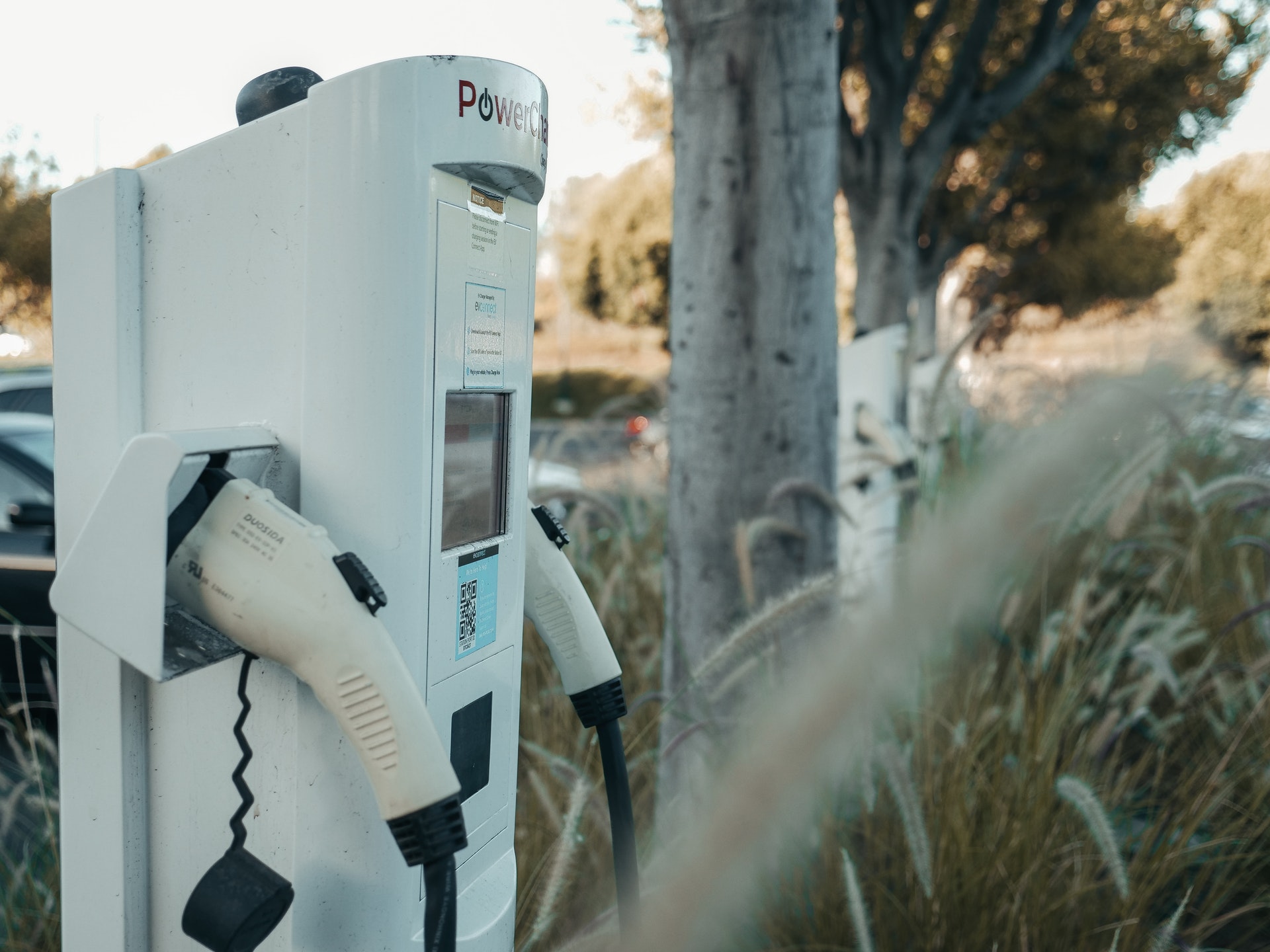 By McAlinden Research PartnersMarch 16, 2022No Comments

One of the major barriers to electric vehicle (EV) adoption in the US is “range anxiety”, resulting from a perceived lack of charging stations and potential wait times to recharge batteries. Those concerns are not unfounded, but they are being addressed much more efficiently today than ever before. In fact, the ratio of charging stations and voltage of each port per registered EV is nearly equivalent to the optimal balance outlined by the US Department of Energy.

Charging stations are now being deployed across 50 mile intervals of US national highways as part of the US’s recently-passed infrastructure deal. Billions of dollars will be directly addressing the unequal distribution of EV charger deployment, funding new charging ports in rural and disadvantaged communities across the nation. Further, major restaurant chains like Starbucks continue to expand testing and deployment of their own EV charging infrastructure, in partnership with publicly traded manufacturers.

According to an estimate by the International Energy Agency (IEA), the world will need to install 40 million charging points by the end of this decade to match electric vehicle (EV) demand, up from just 1.3 million public chargers around the globe today. If global net-zero goals are to be met by 2050, the cumulative investment into the EV charging industry would have to reach $1.6 trillion, per The Economist.

As MRP has noted previously, the Biden Administration took a large step towards building out the public charging network, as well as public confidence in US charging infrastructure, by allocating $7.5 billion for EV charging as a part of the $1.2 trillion infrastructure package passed in November.

Of that sum, $5.5 billion is now being allocated to state and local governments with the directive to place EV charging stations roughly every 50 miles along designated stretches of national highways. Per WIRED Magazine, the remaining $2.5 billion will be used to distribute through grants for putting chargers in disadvantaged and rural communities.

While this investment is only a drop in the bucket when compared to the grand scheme of funds needed to have a real EV-intensive economy, using the infrastructure bill’s allocation to install 500,000 new charging stations across the country – one of the Biden administration’s stated goals – would cover 57% of the charging that US vehicles will need by 2030, sparking the sale of some 25 million electric cars and trucks, according to Bloomberg New Energy Finance.

So-called “range anxiety” is a very real barrier to adoption of EVs. People want assurance that they will not end up stranded without a charge and addressing those concerns make it much more likely EVs will be sold as a result.

As of last September, Reuters reports there were 43,000 operational public EV charging stations, according to US Department of Energy data. With funding now rolling out the expand the US’s charging network by the hundreds of thousands, it will only be a few short years before charging stations outnumber 136,400 US gas stations.

However, surpassing the number of stations is only half the battle as available ports at each stop and the speed at which they can charge a vehicle are equally pressing concerns. With 120,000 charging ports available across the US’s EV charging network, that means only….