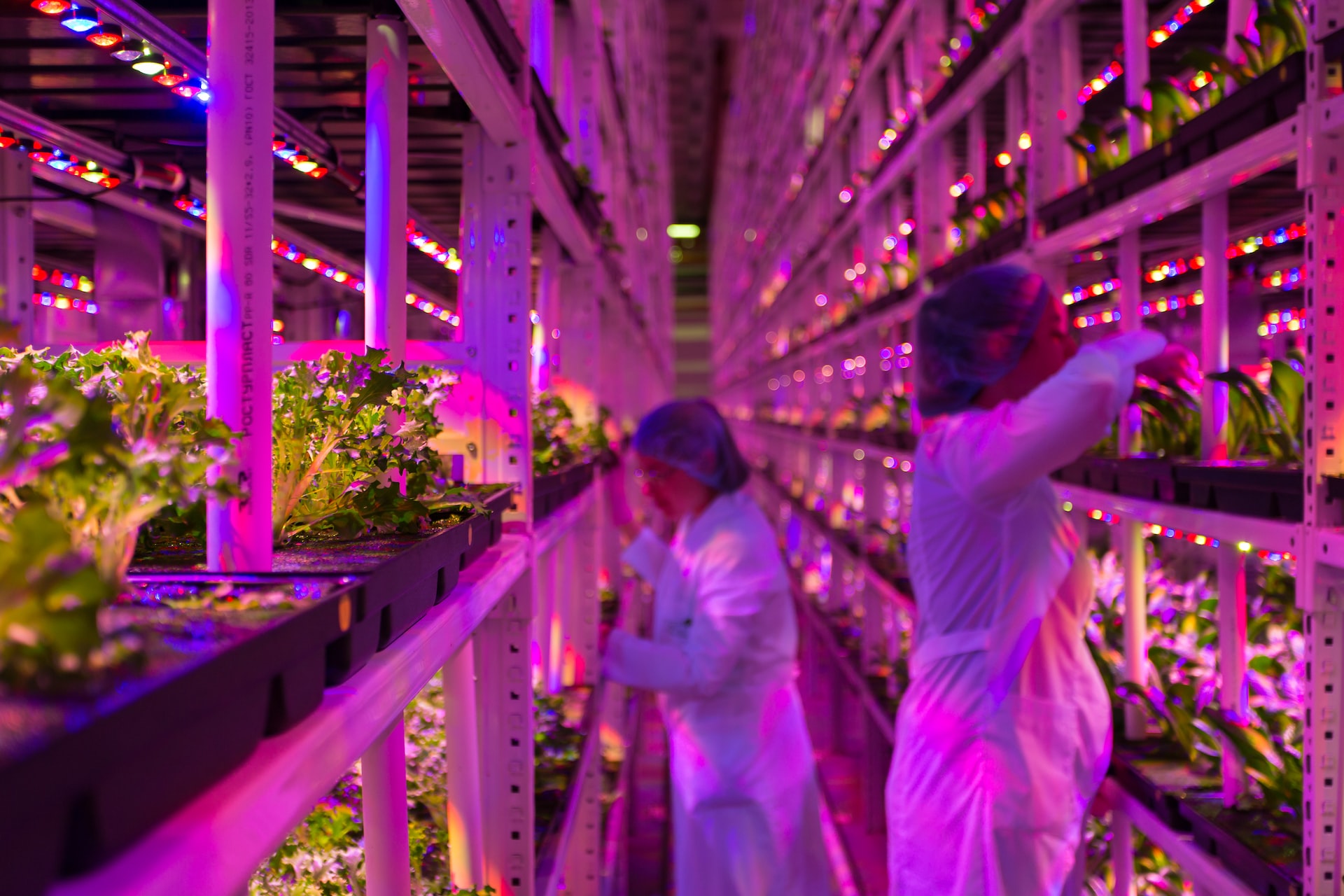 By McAlinden Research PartnersSeptember 7, 2022No Comments

Vertical farming is widely viewed as the preeminent form of indoor farming, maximizing water-efficiency and aiding the management of other scarce resources needed to generate valuable crop yields. The need for that efficiency is growing rapidly as farmers will have to do more with less in the future to supply the ever-increasing appetite of mankind.

Severe drought and other manifestations of climate change are slamming some of the world’s most critical farmlands and more disaster could lie ahead. Vertical farming removes climate concerns like temperature and precipitation from the equation and can grow various breeds of crops constantly, independent of traditional harvest cycles. Though shares of the few publicly traded firms in this space have been hit hard by broader economic headwinds throughout 2022, the value proposition of vertical farming and hydroponics remains intact.

Vertical farming has seen its adoption rapidly accelerate over the last few years, yet it still remains a niche part of the agricultural industry. That will likely change throughout the next several decades as humanity’s demand for food, as well as the impact of climate change, will drastically alter the agricultural commodities market. For instance, farmers around the world will have to increase their crop yields by 70% over the next 30 years to meet the demand from rising populations, doing so with much less water supply.

One of the most drastic examples of declining water supply can be observed in the Tibetan Plateau, known as the “water tower” of Asia. The plateau supplies freshwater for nearly two billion people downstream across the continent, but could approach “total collapse” by 2060 if new research by scientists at Penn State, Tsinghua University, and the University of Texas at Austin proves to be correct.

MRP covered severe droughts across the US and other parts of the world throughout 2021-2022 that were among the worst in recorded history, adversely impacting crop yields and driving food inflation. The megadrought in the western US had been particularly dire, capping off the driest 22 year period in the last 1,200. Per the Los Angeles Times, Lake Mead now sits 28% full, while Lake Powell has declined to 25% of full capacity due to hot and dry conditions, as well as overuse of the Colorado River.

The reality is that farms around the world will almost certainly have to do more with less in the future. Vertical farming’s efficient use of water and its ability to manage other scarce resources needed for successful cultivation make it a leading candidate to shore up the world’s food supply.

Crop yields can be maximized with indoor farms as they are able to operate 365 days a year, while traditional farming methods are limited based off harvesting cycles and weather patterns. Additionally, since these structures are vertical, the number of crops grown per acre is significantly higher. Utilizing vertical indoor cultivation methods like hydroponics, which require…