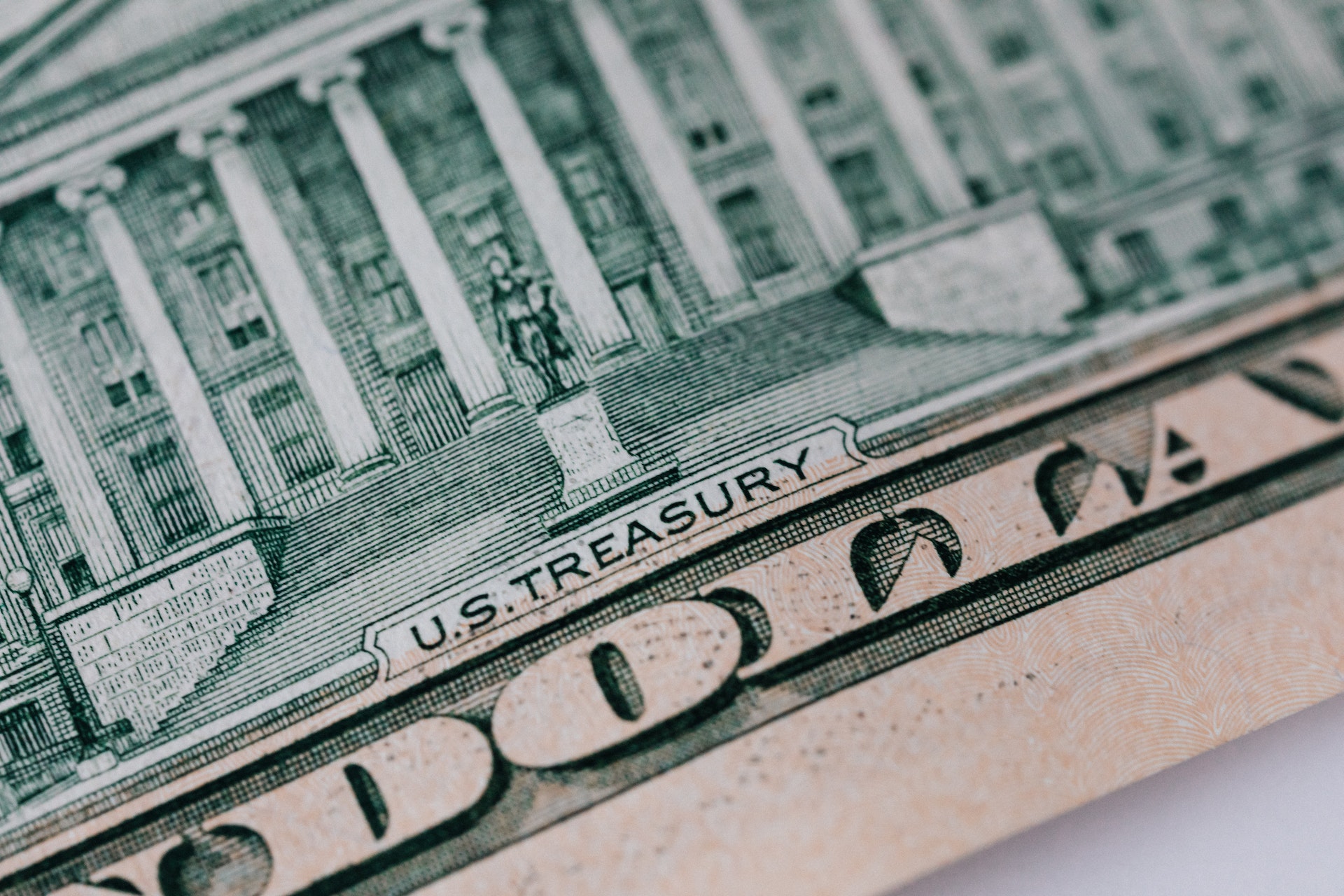 Rising nominal rates are clearly putting pressure on economic growth in the US. The Fed has become more aggressive as the year has gone on, increasing the size of their rate hikes several times, likely in a bid to make up for policy tightening that should have begun much earlier than it did. Despite that, inflation-adjusted “real” rates remain deeply negative and are just beginning to close in on a neutral level. As that rebound pushes inflation lower and boosts real rates toward positive territory, each subsequent rate hike becomes a more precarious proposition for an economy that appears to be teetering on the brink of recession.

Starting in 2020 at the outset of the COVID-19 pandemic, Fed policymakers put the pedal to the metal, aggressively expanding the central bank’s balance sheet and maintaining near zero interest rates, all the while dismissing the bubbling inflationary pressures this cascade of easy money was creating. MRP called this out early in our August 2020 Viewpoint, Money Matters: Inflation, MMT, and Other Stimulus Spin-Offs, noting that an eventual easing of pandemic-era restrictions would open the floodgates for spending that had become heavily pent up after trillions of Dollars’ worth of direct cash payments went out to American consumers and shot the personal saving rate (the ratio of savings to disposable income) to record highs, at one point reaching 33.8. For context, the personal savings rate had been reduced to just 5.0 in July – the lowest level witnessed since 2009. 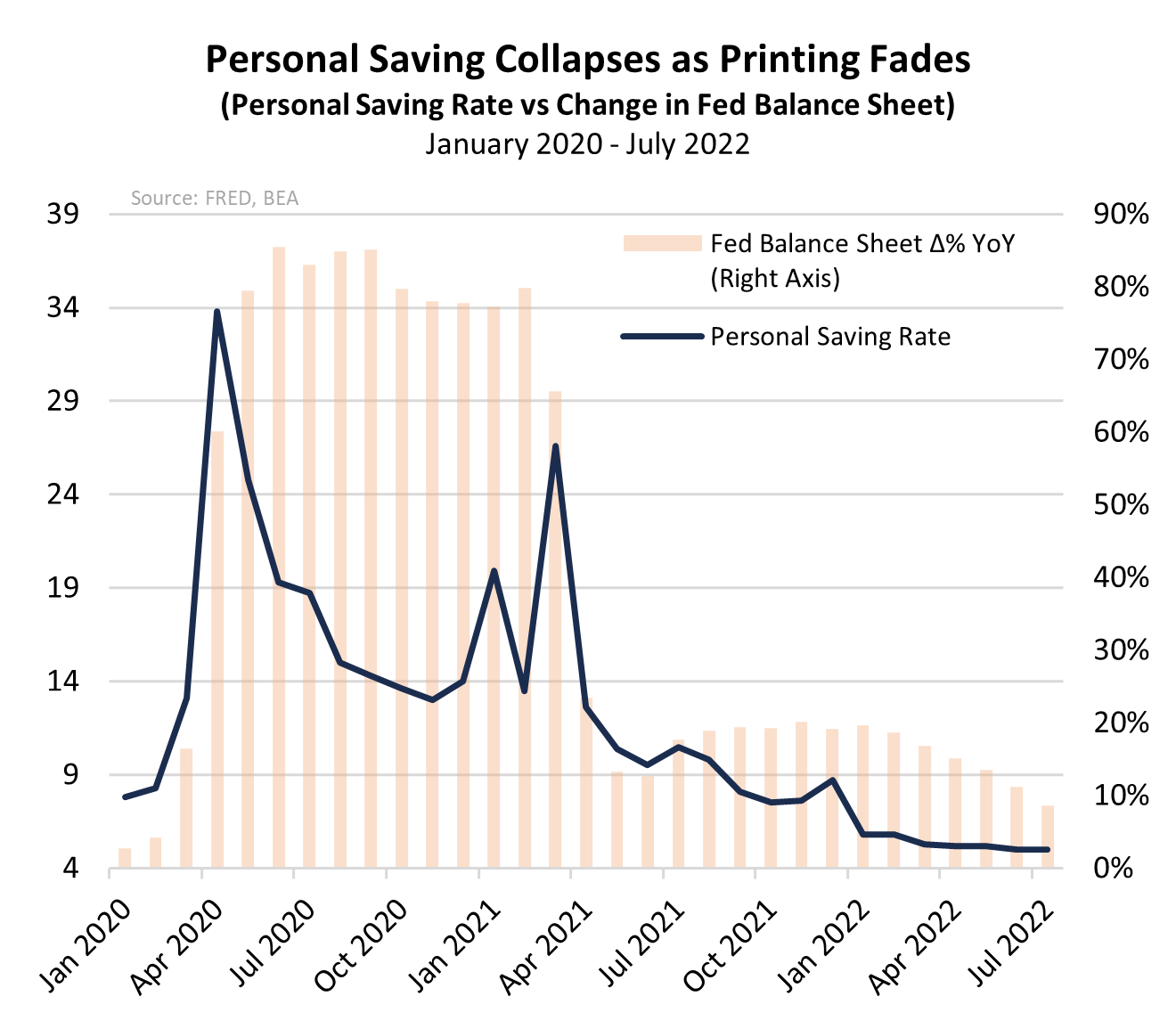 Even as it became increasingly obvious that inflation was headed for multi-decade highs in 2021, “transitory” remained the descriptor of choice for boiling price pressures. It wouldn’t be until March 2022 that the Fed would finally take action and start raising rates to wrangle out of control inflation. By that point, however, annual growth in the consumer price index had topped 8.0% and continue to heat up to a peak of 9.0% by June. Only in the past couple of months have we experienced a bit of relief from rapid price appreciation.

To achieve that relief, the Fed was forced to quickly shift from an ultra-dovish policy to the most restrictive conditions since the 2008 financial crisis, raising rates by 300bps over the course of just six months. Unsurprisingly, this ongoing tightening has slammed financial markets and certain sectors of the economy. While no official recession has been declared by the National Bureau of Economic Research (NBER) yet, the US economy has experienced two consecutive quarters of contraction in the GDP, typically a telltale sign of recession.

Still, both short and long-term rates continue to rise as relentless price gains eat away at purchasing power. For some time, it has been the shorter end of the curve that’s seen the most concentrated gains, pushing the difference between the 10-year and 2-year US Treasury yields below zero in July. This sort of yield curve inversion signals that investors see the near-term as riskier than the long-term, and remains among the most accurate predictors of recession. Per BCA Research, the 10-year-3-month spread has been even more accurate throughout the last eight recessions, predicting every single one within 6 to 24 months following the inversion. Though the 10-year-3-month gauge has fallen as low as 0.04 in recent months, it has yet to invert.

In the same way, references to transitory inflation became ubiquitous in Fed Chairman Jerome Powell’s statements and discourse with the media during 2020-2021, that term has now given way to “pain”. According to a transcript of Federal Reserve Chairman Jerome Powell’s press conference following the FOMC’s September 21 meeting, he used the words “pain” or “painful” six times. Indeed, rising nominal interest rates have…